To use your Oculus Rift headset on a desktop computer, go through the initial Oculus Home setup and download the Desktop app for an InsiteVR project that has a processed 3D model in it. 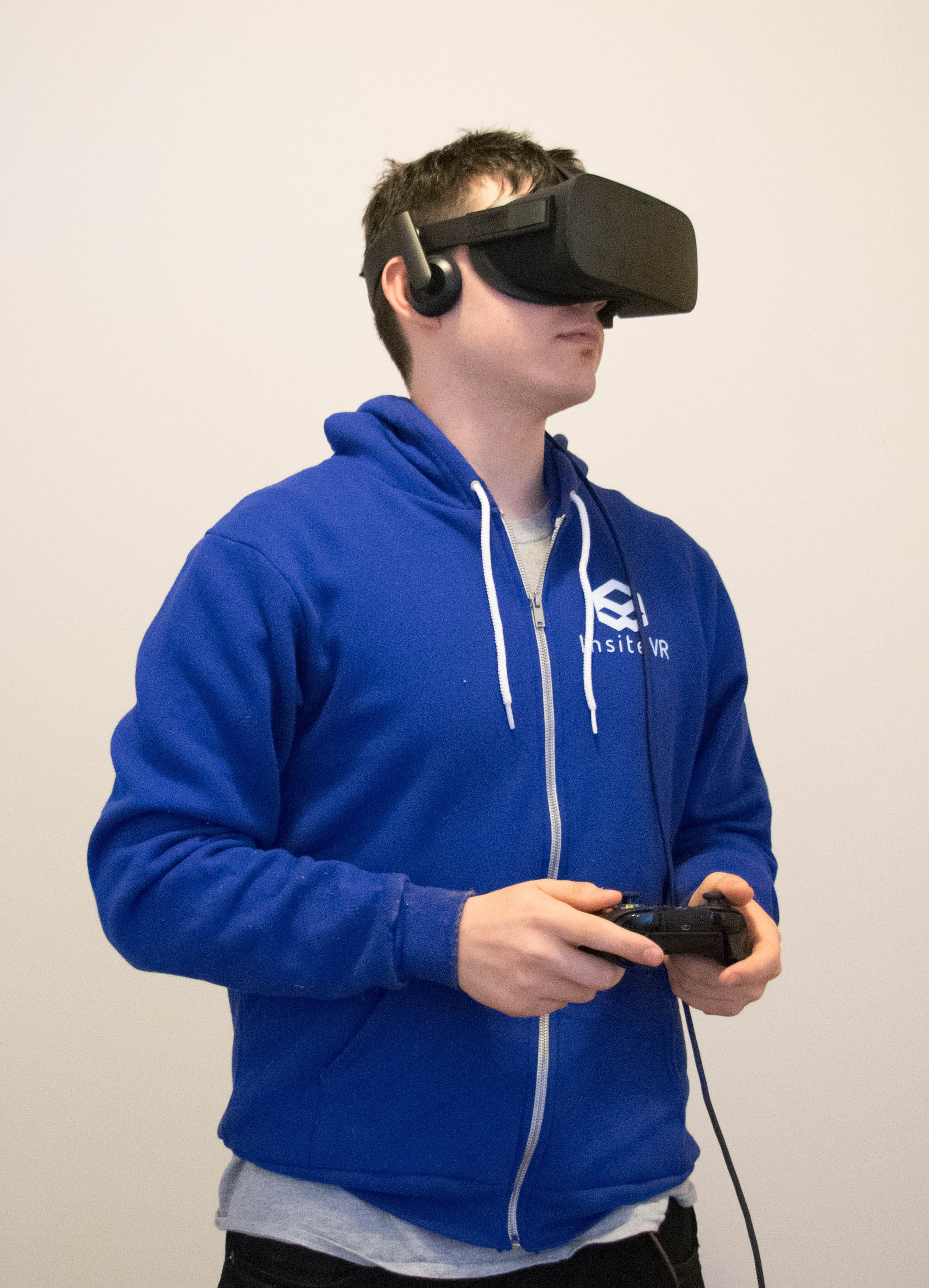 Before starting, open Oculus Home and make sure that all your devices are on and connected. Desktop VR mode will not work if Oculus Home is not opened or if the InsiteVR desktop app is launched while Oculus Home is closed. 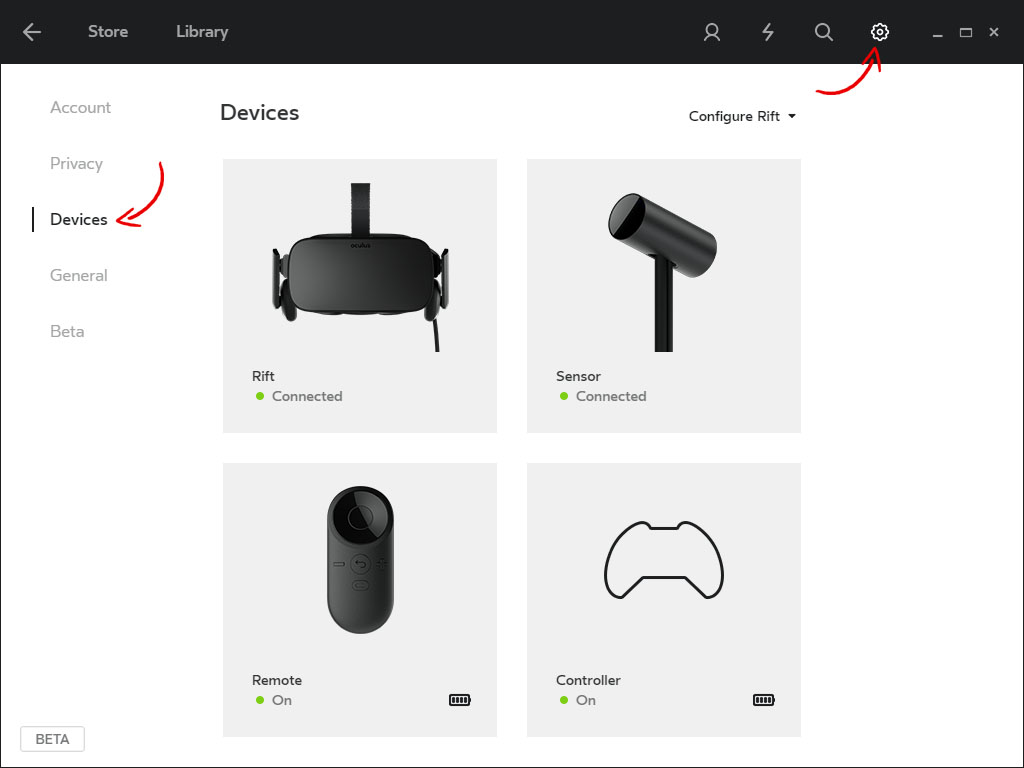 Close any other software (Revit, AutoCAD, Photoshop, Excel, etc) to improve performance. Make sure the headset straps are comfortable, especially if you are not the one wearing the headset. The headset straps should be adjusted every time a new users tries it on. 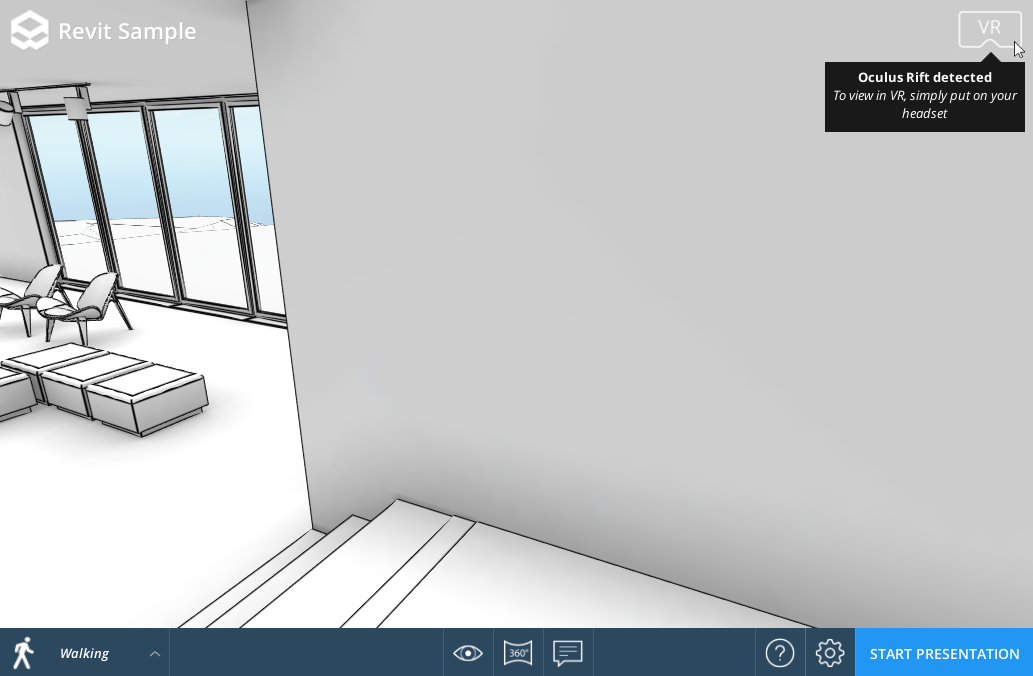 To go into VR mode, simply put on your Oculus Rift. You may have to acknowledge Oculus' Health and Safety warning, by looking at the bottom text box or press "A" on the Xbox controller.
After that you can start exploring your model in VR. Your desktop screen will mirror what you are seeing. To exit VR mode, simply take off the headset.

While in VR, you can use the following controls to navigate the model: 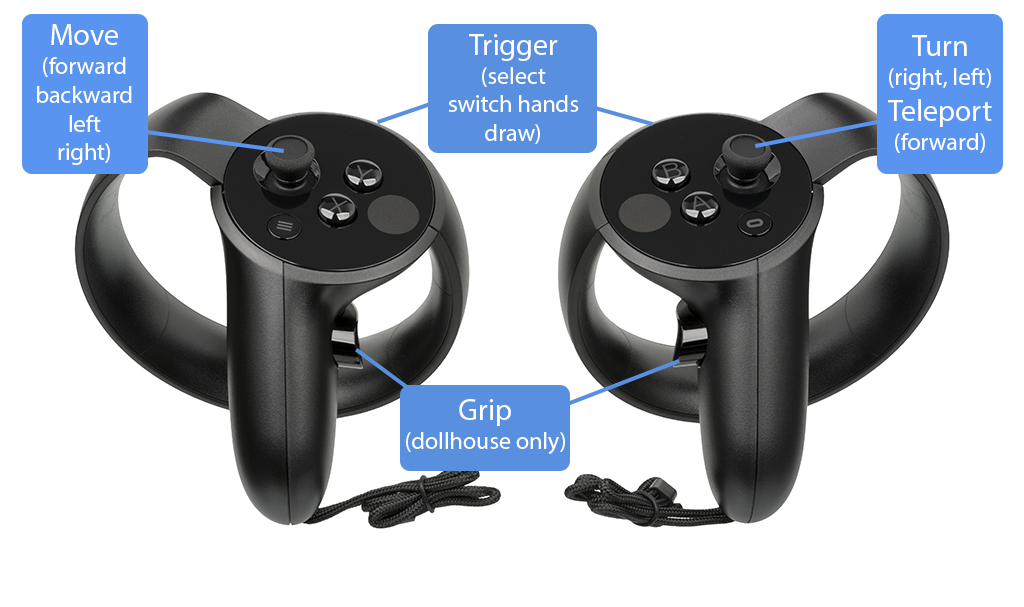 You can also use the keyboard for basic navigation, using the WASD keys or arrow keys to move around.