How to download and use InsiteVR on your Oculus Go

Oculus Go is a standalone VR headset that runs off a mobile processor. This means it's more similar to the GearVR than the Rift. It is a 3DOF headset, which means it tracks rotational movement, but not positional movement.

With the InsiteVR you can view Revit and Sketchup models on the Oculus Go and join VR meetings with colleagues on other devices.

Before You Start on Oculus Go

How to Setup Your Oculus Go

There are two ways to get InsiteVR on your Oculus Go. 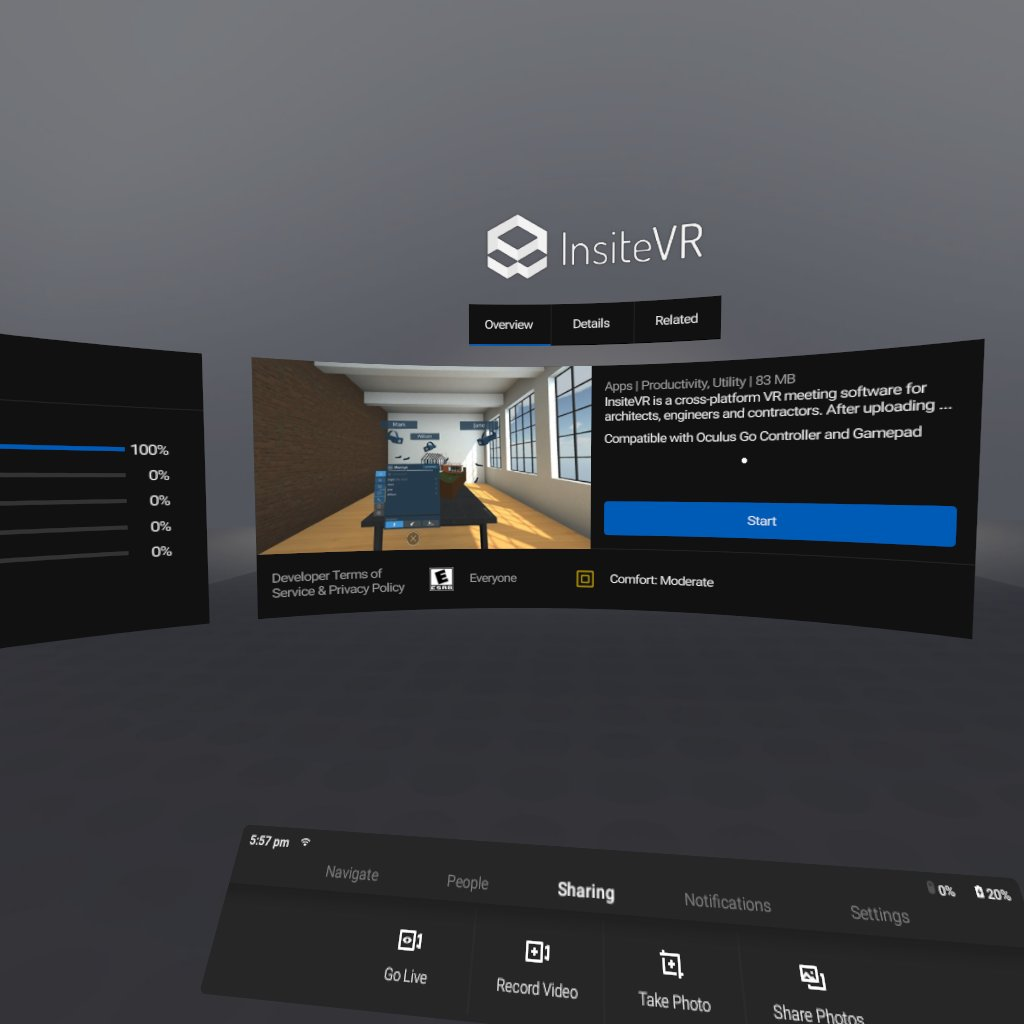 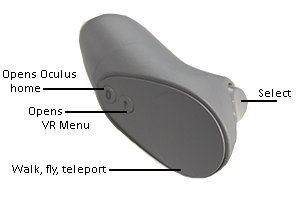 Starting a Meeting with Oculus Go

To start a meeting with the Go, make sure your participants are members of the project you want to meet in.

Then, enter the model and click "Start Meeting" in your VR Menu.

When the participants enter the model, they'll automatically join the meeting.

To stream your view to the desktop application for an in-person meeting:

Joining a Meeting with Oculus Go

In order to join a meeting on your Oculus Go, you'll need to be a part of the same project as the host. Once the host starts the meeting, simply jump into that project and you'll have joined the meeting.